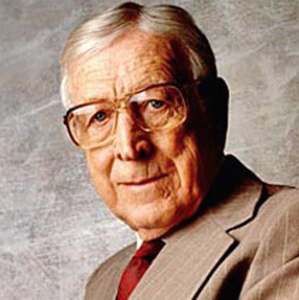 UCLA coaching legend John Wooden did not grant an abundance of interviews.

As you would expect, sportswriters working the beat for Los Angeles-based newspapers in the 1960s and 1970s were given regular access during the basketball season, but Wooden generally shied away from the press in favor of protecting his family and his privacy.

That makes the good fortune of my unlikely two interviews with Wooden — conducted more than 40 years apart — both a checked-off bucket-list item and a head-scratcher of the highest order.

At the pinnacle of my sportswriting “career” (I’m using that term loosely), I wrote for the Signal Newspaper, the community daily in Santa Clarita, a bucolic bedroom community in northern Los Angeles County. While it hardly qualified me for a sit-down with Coach, my pair of interviews actually occurred before my stint at the Mighty Sig. That’s the head-scratcher part.

I held my first interview with Wooden in October of 1964, when I was a 10-year-old 4th-grader. I had the advantage of a father who graduated from UCLA three years after the end of World War II. My dad, Jack Leener, served as sports editor of the Daily Bruin his senior year in 1948. He went on to become president of the university’s original athletic alumni organization known as Bruin Bench. That gave him a certain amount of clout in Westwood.

The person who set the table for me was Mrs. Lewin, my totally awesome 4th grade teacher at Sherman Oaks Elementary. Mrs. Lewin dished out a class assignment to conduct an interview with “someone in authority.” While my classmates were chasing down the local grocery store manager and the mailman, my dad made a couple of phone calls and arranged for me to interview UCLA head basketball coach John Robert Wooden, the man who, months earlier, had led the Bruins to a 30-0 season and an NCAA national championship.

So, eight months prior to the completion of Pauley Pavilion, there I was, southbound on the 405 Freeway riding shotgun with my mom in the family truckster, her 1962 Chevy Bel Air station wagon. The destination was Wooden’s modest office within the UCLA athletic department building. I was armed with a bulky 1/4-inch reel-to-reel tape recorder, 27 handwritten questions and pure moxie.

Coach had the patience of a saint as I plowed through my questions, even numbering them aloud, as if that information were somehow as important as the questions themselves.

Craig: “What do you like most about coaching?” I asked in my squeaky, pre-adolescent voice.

Wooden: “There are so many things about coaching, Craig, that are interesting and appeal to me, that it would be most difficult for me to single out any one particular thing. However, I would say …”

Just then, UCLA assistant coach Jerry Norman walked into the office, and I instinctively shut off the tape recorder, no doubt thinking Norman wanted to speak frankly and off the record.

Wooden: “I would say that just the opportunity to work with young people is the thing that appeals to me most of all.”

Craig: “How do you feel about your team members breaking records?”

Wooden: “The principle record in which I’m interested, Craig, is winning games. As far as any scoring records or individual records of that sort, I feel that it’s best not to become too interested in those things. I feel that it’s a coach’s responsibility and duty to think always of the team first, and he must try, to the best of his ability, in every honorable way, just to win basketball games.”

It was vintage John Wooden, and I was there to record it all.

Fast-forward to January of 2005. I had taken some time off from corporate life in the entertainment industry to return to school, enrolling at College of the Canyons in the Santa Clarita Valley. Like my dad, I was sports editor of my school newspaper, the now-defunct Canyon Call.

COC had just established an athletic hall of fame and arranged for 94-year-old Wooden to deliver the keynote address at the inaugural dinner.

Just prior to the banquet hall’s doors opening, the college’s sports information director Bruce Battle whisked me and two actual sportswriters — the Signal’s Bob Dickson and Daily News staffer Gerry Gittelson — into the ballroom for 15 minutes of 3-on-1 time with Coach.

Bob and Gerry were writing on deadline, so in deference to unwritten sports-journalist honor code, I hung back while they asked their questions. Battle was looking at his watch as the guys wrapped up, so I knew it was now or never. I stepped forward, punched the record button of my Sony TCM-50DV analog cassette recorder and re-introduced myself to the man who helped me ace that 4th-grade assignment.

Craig: “Hello, coach, I’m Craig Leener. I’m not sure if you remember my father, Jack Leener, but he passed away a couple years ago, and I wanted to make sure you knew that.”

Wooden, his thinning gray hair parted neatly toward the center of his head and wearing a conservative suit, looked up at me with steel-blue eyes and a tender smile.

Wooden: “Yes, I heard about that, Craig, and was saddened by the news. He was a wonderful supporter of the basketball program.”

I had a follow-up question in the can.

Craig: “This isn’t the first time we’ve met, Coach. Do you remember when I interviewed you for a class assignment back in 1964?”

The coach bowed his head and grinned.

Wooden: “You know, Craig, I did a lot of those back then.”

We both enjoyed a good laugh, and the SID signaled the end of the interview session.

Wooden went on to deliver an inspirational speech on the importance of honoring the pioneers in our lives, which I have the privilege to do via this blog post.

Note: You can find my original interview with John Wooden in the Podcasts section of this website, courtesy of my good friend and audio engineer John Walker, who resurrected the aging tape via Pro Tools in his home studio.